Team secured title weeks ago in face-off against Tyler Lions 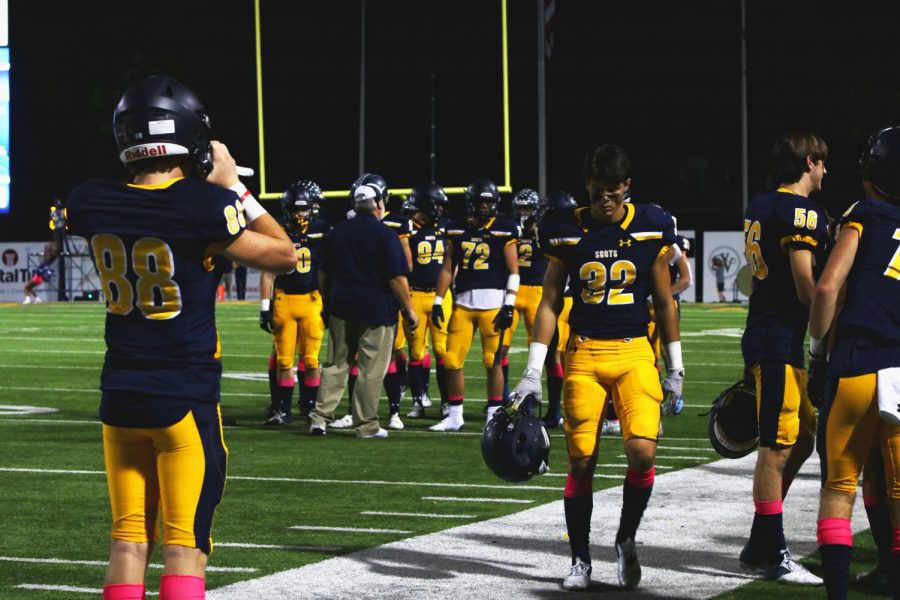 The varsity football team huddles up to discuss strategies as senior Matthew Clifton walks off the field. The team was playing against Tyler for their homecoming game. "The energy at Highlander is always awesome, and the fact that we were able to come out with a win for homecoming was definitely something I’ll remember," Clifton said.

The varsity football team beat the Tyler Lions 42-14 at Highlander Stadium on Oct. 22, which was the game that predicted the team’s district championship.

Both teams were 3-0 in their district with a six-game winning streak, so this game decided who would pull ahead.

“Winning the district championship is our first goal in all of our goals this year,” coach Daren Eason said.

This game was not the first time the Scots and the Lions have played against each other. The two teams went head-to-head in the playoffs several years ago.

“They were at about 21 points, and we came back and won in a thrilling game,” Eason said.

Much like their previous win, the players would not have classified this as an easy game. Several players on Tylers’ team have received college offers, including sophomore Monterelle Wade.

“[Wade] is their second leading receiver in passing yards, meaning they have another good receiver, so they have a really good offense,” Wright said.

“The teams we have faced this year prepared us really well [for] an opponent like this,” he said.

The team is hopeful about their upcoming playoff run, which kicks off at Highlander Stadium, Friday, Nov. 12.