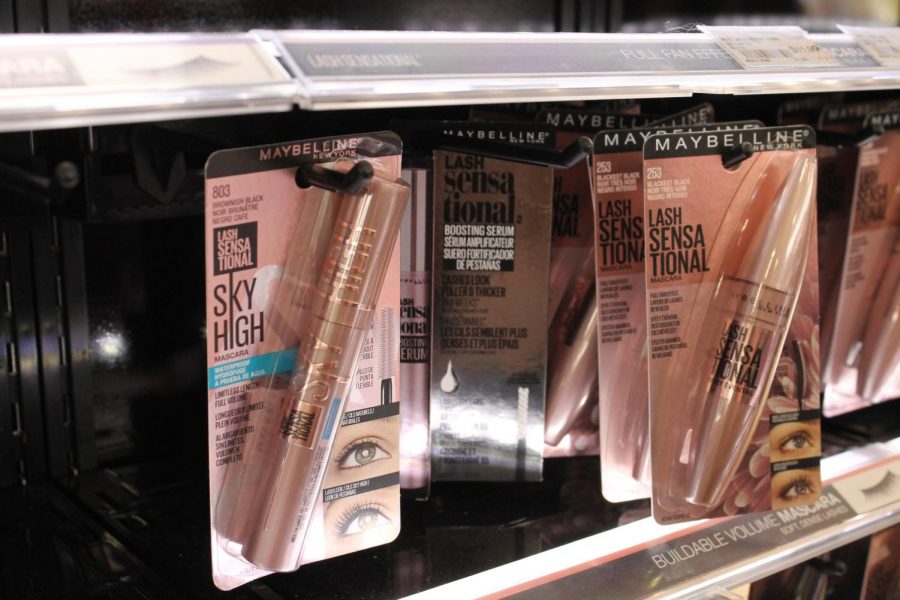 The Lash Sensational Sky High mascara sits on the rack of an Ulta Beauty store in the Maybelline section. The mascara became popular due to its voluminous and lengthening properties. The platform's #SkyHighMascara tag currently has 108.2 million views on TikTok, with videos of the absurdly long lashes users get from it going viral.

You can find the mascara in Ulta, Target, Walmart, Walgreens and more.

“I found the trend on my explore page on TikTok and saw a review on it,” freshman Rosemary LeBlanc said. “I found out they made your lashes really long.”

“I love this trend,” freshman Courtney Wilson said. “I really wanted to buy it because of all the posts I’ve seen about it.”

The mascara comes in a pink tube with two different shades to choose from, Blackest Black and Very Black. The mascara was explicitly made to increase the length and volume of lashes. The mascara has an Exclusive Flex Tower brush, making it easier to volumize lashes from the root to the tip, and is very easy to wash off because of the infused bamboo extract.

The central aspect of this trend was how TikTok users created the looks of before and after as they used the mascara to show the dramatic change. This change in other users’ lashes caught other viewers’ attention, causing it to interest people on how they could get their hands on the mascara. This chain reaction of events led to the mascara to become a viral sensation.

“The pattern I have seen with this is a positive chain of advertisement,” LeBlanc said. “So far, I have seen no negativity towards the product. I can’t tell if this product is truly indispensable or a scam. However, I still like the trend.”

The Maybelline Lash Sensational Sky High Mascara has been a rising trend that has been supported by lots of promotion and genuine interest in the fullest lashes.