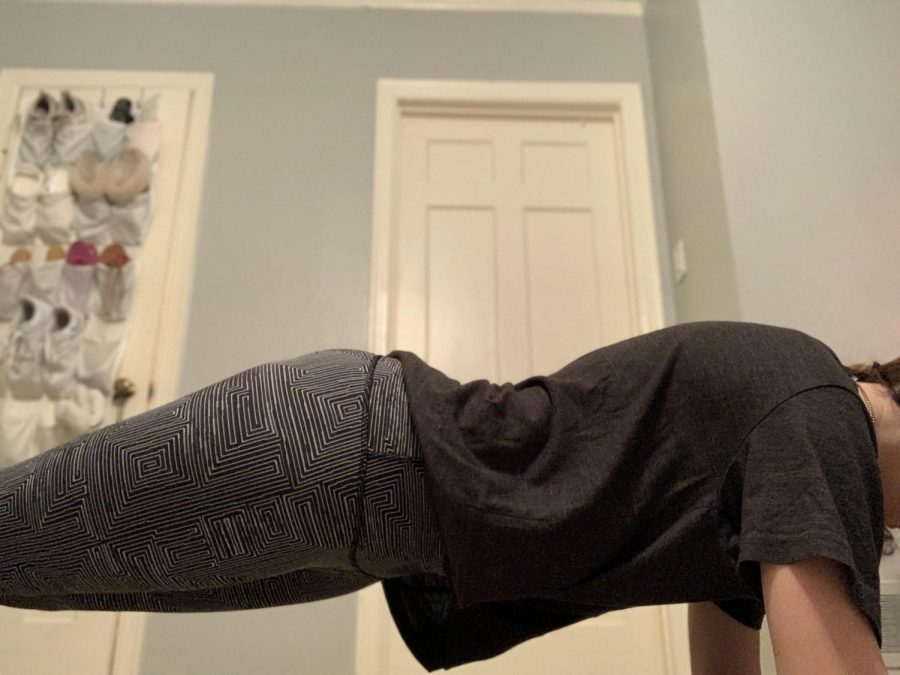 Alexis Ren, model and workout influencer, has been in the spotlight since she was 13-years-old.

Now at 24-years-old, Ren has created an activewear line, “Ren Active,” and has continued to share her fitness journey with her followers.

Throughout Ren’s years online, one YouTube video of hers has become a trending workout over the past several months since lockdown. The video is a 10 minute ab workout with high intensity and upbeat background music to lift your mood.

Ren’s video does not require you to be in shape or have previous experience in fitness. This workout is not equipment based and has no rest time between exercises.

“It was not easy, and I was not expecting it to be easy,” Khang said on day three of Ren’s workout.

She went on to talk about the intensity of the workout.

“I also was not expecting it to be this hard and extreme,” she said.

Khang’s results were shocking and impressive. She started with a bloated stomach and ended with a flat model-like stomach.

Khang told her viewers how she struggled with the workouts every day but continued working hard. She then explained her neck hurt throughout the 14 day challenge, and she had to do neck stretches to lessen the pain.

Although Khang went through a rough road during the two weeks, she managed to get fast results with the exception of a healthy diet.

Mowatt is another YouTube personality who shared her journey doing Ren’s workout.

Mowatt described the workout as intense but worth it if you give it a go. She told her followers the side planks and bicycle crunches were the hardest exercises for her.

Mowatt had similar results to Khang, going from a bloated stomach to noticeable ab lines and a flat stomach.

It was unclear whether Mowatt was on a healthy diet over her two-week course.

Overall, both YouTube personalities said the workout was intense but brought successful results.

I decided to try this workout myself over the next week to see if there were any shocking results.

When I first started this workout, I felt a strong burn in my core and burned about 30 calories. The difficulty was medium to hard. After finishing the workout, I felt my abs become tighter.

After completing Ren’s workout for about a week, I could see results start to show. Each day became easier to tackle the workout exercises in the video.

This is an intense workout, but if you repeat it once or twice a day for about two weeks, you will adapt.

In order to get the results as other YouTube personalities have shown, you need to have a healthy diet. This is of the easiest ways to boost results. If you do not have a healthy eating plan, then the workout will not help you get abs or a toned core.

I recommend this workout to anyone who wants to strengthen their abs. Even though the workout is intense, it’s short and worth the time and effort.