SmartLess is great experience for under appreciated medium 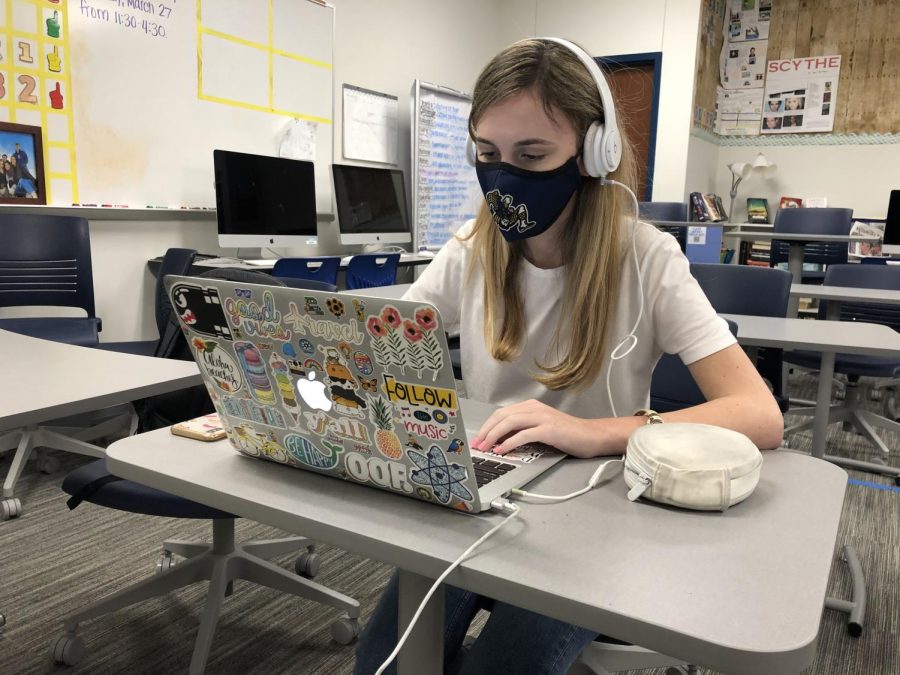 During a break in class, freshman Elle Polychronis listens to a podcast. Actors and comedians Jason Bateman, Sean Hayes and Will Arnett released a podcast named "SmartLess."

I first heard this podcast on a long road trip with my family. We were all sitting in the car, tired of listening to our music, pre-downloaded Netflix shows and most of all, each other.

Most podcasts we listen to on the road are crime shows that follow a chilling murder and the suspenseful trail the police follow to catch the killer. However, this time was different. My mom picked up her phone, tapped the screen a couple of times and the introduction music of “SmartLess” began to play.

According to the official website, the show’s goal is to “connect and unite people from all walks of life.”

Each episode begins with one of the three introducing their mystery guest to the other two and the audience. This is unlike other podcasts, where the other hosts usually know about the starring guest.

At this point, I have listened to multiple episodes. The fluidity of the conversations makes the time pass quickly. Batemen, Hayes and Arnett constantly add humor by making good-natured funny jabs at each other and sometimes the guest.

The conversations feel easy, and I like how they don’t follow the norm. The questions they ask set them apart from other podcasts, yet they still tackle personal topics.

Each episode has ad breaks, which are annoying but standard. However, they aren’t long, and the three are funny enough to carry through the ads. Listeners also have the option to skip through it.

One of my favorite episodes features Will Ferrell. The trio opens by making fun of each other.

Hayes calls Arnett “an untrained German shepherd.” Arnett quips back that Bateman would be “a full-sized standard, but shaved poodle,” and Bateman adds “bald but fancy.”

Laughter ensues. What they are saying is already funny, but it’s even better when they make each other laugh.

Most of the episodes begin and end like this, with the guest in the middle. This makes each one entertaining and enjoyable.

After they brought out their guest, they discussed how Farrell got into comedy, his missed career in sports broadcasting and “throwing their sons’ cellphones out of moving vehicles.”

Overall, there is a lot to like about the podcast. It’s funny, entertaining and eats up time. I think it would be a fun podcast for anyone whether they are a podcast connoisseur or just dipping their toes in the water.

“SmartLess” is available on Spotify and Apple Podcasts.