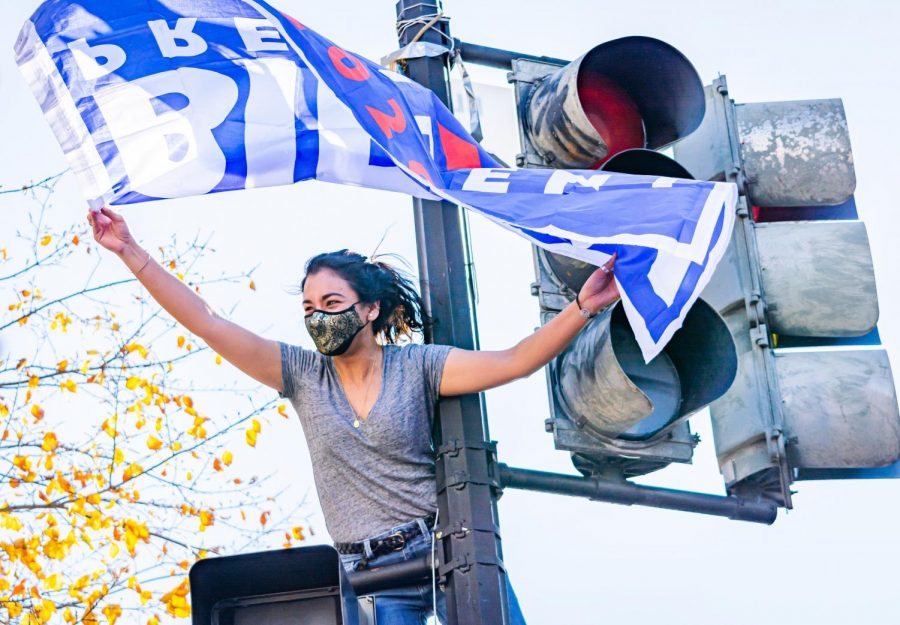 Photo by Gayatri Malhotra on Unsplash

Biden surpassed President Donald Trump in the race to 270 Electoral College votes when key-states such as Nevada, Arizona, and Georgia had their final vote count. These votes were tallied roughly four days after poll workers continued to count mail-in ballots.

One-time Democratic states that were flipped to Trump in 2016 came back to their roots as Biden declared victories in Michigan and Wisconsin as well.

After Biden was announced President-Elect, celebrations sparked around the U.S. in places like New York, Washington D.C. and Pennsylvania.

Biden set the record for being the oldest incoming president, as he will be turning 78 this year.

As well as setting the record for the oldest incoming president, Biden won the popular vote and set a record for winning the most votes of any candidate in U.S. history with about 75 million votes.

In a statement issued by NBC News, the new President-Elect felt “honored” by the news and called for unity that had been embedded in his campaign speeches over recent weeks.

Vice President-Elect Kamala Harris also commented on their successful win by sharing a video on Twitter of her calling Biden about their victory. Harris made history being the first female, black and South Asian American Vice President-Elect.

Biden will be sworn as the 46th President of the U.S. on Jan. 20, 2021, alongside Harris. In the coming months, they plan to work on policy proposals and executive orders which will allow the new President and Vice-President to get a head start on Jan. 20.

Trump and his campaign say they are pushing on to fight the election results, claiming voter fraud in swing states. There has, however, been no evidence of fraud presented.