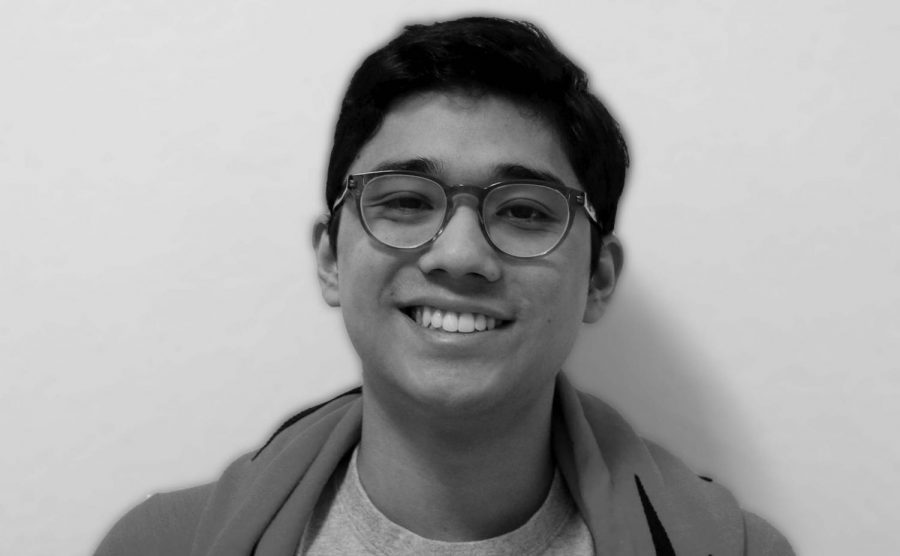 To commemorate Inclusive Schools Week, senior Daniel Carrillo poses for a picture. He said as a Hispanic person, inclusivity affects his life, and he promotes being inclusive through his work as Hispanic Culture Association president.

“Inclusivity, to me, means making sure that everyone is involved and respected and considered,” he said.

“We talk about, in general, lived experiences of Hispanic culture,” Carrillo said.

The group also helps people get involved in the Latino Arts Project in Dallas, a museum that focuses on Latino art, which Carrillo thinks is a good way for people to see all that people of Latin heritage have to offer.

Carrillo believes everyone living in Texas should have a basic familiarity with Hispanic culture, and he tries to make the Hispanic Culture Association as inclusive as possible by encouraging anyone to join and being a part of the discussion.

“In the Hispanic Culture Association, I make sure that everyone is welcome, involved, and can be included in our conversations and really learn about Hispanic culture,” he said.

In Carrillo’s experience, Highland Park’s inclusivity is limited, but it is making large improvements.

“We are making strides to really involve students and foster conversations about this, and while we are certainly not perfect, we are definitely getting better, and I do appreciate the school for its efforts,” he said.

Carrillo recognized the effort the school faculty is directing into positive change through new opportunities for feedback like the Scots Sounding Boards.

“I really do feel that this is the first step to some long term progress,” he said. “While it may not be as fast as I would like, I do understand that there are certain parameters that we work with, and I am glad that we are starting.”

Carrillo is grateful that he hasn’t had to overcome physical challenges due to his ethnicity, but he still faces prejudice and stereotypes. He explains that many people don’t expect him to be in the top 6% of the graduating class because of his ethnicity, and he says people often express their surprise.

“At some point, you learn to cast out stereotypes and how others think of you, and I just appreciate that there hasn’t been anything stopping me,” Carrillo said.

He admits that there are barriers to increasing diversity in the school due to the population of the community. However, he says the lack of diversity does not prevent students and staff from being more inclusive.

“It is not a positive to be so modestly diverse, but it is the reality in which we live with,” Carrillo said. “Instead of obsessing over something that we can’t necessarily change, we should work to do the best we can.”