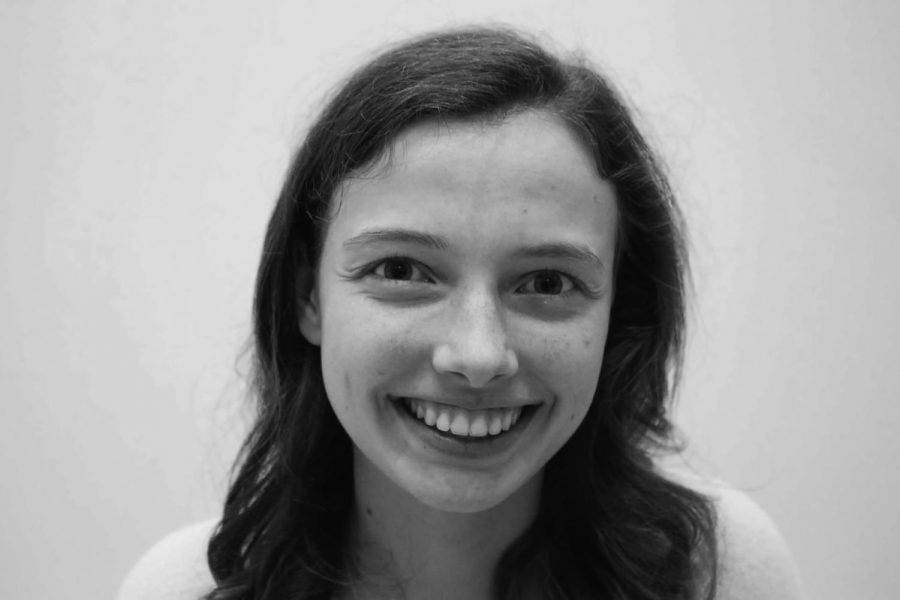 In the hallway, senior Elise Waterston smiles for the camera. “I think we should all be more inclusive,” Waterston said.

As vice president of service in National Honor Society, service coordinator of National English Honor Society, co-captain of Spirited Scots, as well as a choir member and yearbook editor, senior Elise Waterston knows firsthand what it means to be involved and inclusive.

For her, inclusive schools week is a week meant to reset actions and further practice inclusivity. She sees it as a way to remember to include everyone every day, not just during one week.

“It is a national thing to remind everyone to be inclusive in a school setting,” Waterston said. “We are not just a school, but a community.”

Waterston thinks students keeping to their comfort zones lends to lack of inclusivity. She believes if students venture out of their set groups, they will meet people who they wouldn’t have interacted with otherwise.

“Everyone has their clique they find through activities, but we don’t think about other people who make the community,” she said.

Waterston says part of being more inclusive is to focus attention on others.

“Internationally, we should listen to someone and what they have to say,” she said.

She thinks with inclusivity, comes kindness. She says the first step to being inclusive is simply talking to people.

“Reach out to someone,” Waterston said. “It will make their day.”

As an officer of the HP Roots Club, a girl’s bible study group, Waterston frequently does just that. While the group practices Christianity, they welcome people of any religious background.

“In Roots, we emphasize inclusivity,” Waterston said. “Everyone is welcome, no matter their beliefs.”

Waterston credits her English teacher Becky Adams with having had the biggest influence on her in high school and helping her to become a more inclusive student. This year marks the second time she has had her as a teacher.

“She is so passionate, and it overflows onto her students,” Waterston said.

Because she is nearly half way through her senior year, Waterston has begun to think about her life after high school. She hopes to study advertising or corporate communication in college. She is currently interested in Southern Methodist University, Auburn and Clemson.

“I want not only an education, but to learn the way life and other people work,” Waterston said.

As for advice she has for her fellow peers, Waterston encourages them to make an effort to talk to all kinds of people and treat them in a positive manner.

“The power of eye contact and a hello can change someone’s day,” she said. “There is something so powerful about a smile.”