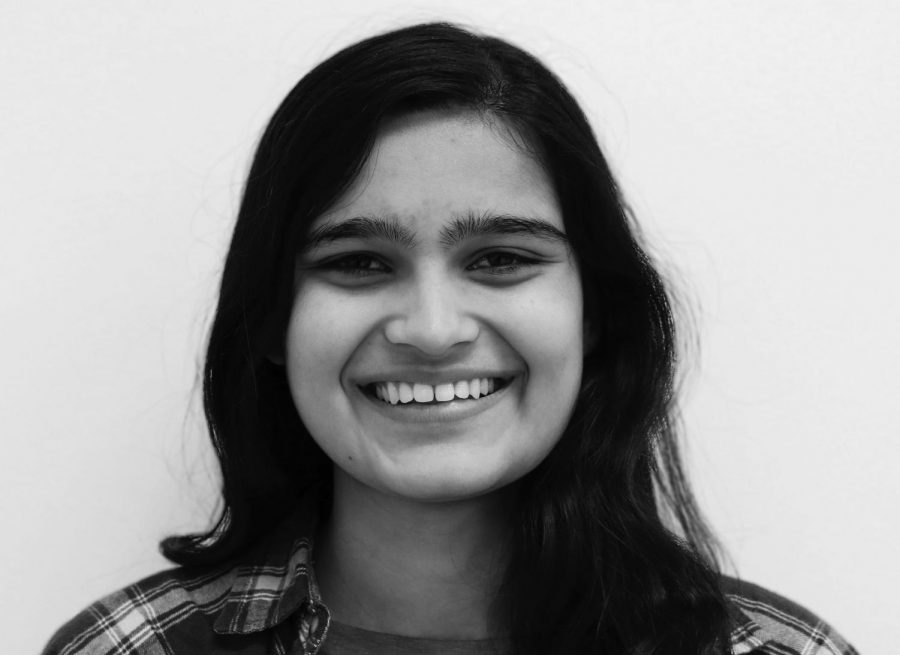 Since moving to the Park Cities from Atlanta, senior Pranjal Rai has worked to promote inclusivity through various clubs. She is particulary passionate about supporting students with special needs and girls who lack opportunities in education.

As a new student from Atlanta freshman year, senior Pranjal Rai at first found it difficult to acclimate and find friends.

“Now, I’m part of so many groups and I have so many friends that are always so supportive,” Rai said.

One of these groups is the Sparkling Scots cheer team. As a member of the Sparkling Scots, Rai serves as a mentor to students with special needs. The team performs at school events alongside the varsity cheer squad, with the goal of incorporating students of all abilities into school spirit.

“We stand for inclusion, diversity, and equality across our community,” Rai said. “We want to make sure that everyone is respected regardless of their abilities and differences.”

Each member of the team has an assigned buddy, and due to the team’s size this year, some have two. Rai’s buddy is junior Chloe Lightfoot.

Rai gets to perform right on the sidelines during football games, which she enjoys.

“I like the overall culture here with football,” Rai said. “It makes me really happy because it’s really vibrant.”

Rai serves as president of She’s the First, a club raising money for the education of girls lacking educational opportunities.

“I think all the organizations I’m a part of and serving as a leader in those environments help me serve as a leader of inclusion,” Rai said. “I always emphasize being kind.”

Last year, the club fundraised $2,000, which is enough money to fund five girls. The money goes to the national She’s the First nonprofit, which sends it to grassroots organizations in the affected countries.

“We can help them further their education, especially for girls who live in households that no one’s been educated before,” Rai said. “We stand for universal education, for gender equality across the world.”

Rai leads another club inspired by the mother of one of her best friends from Atlanta who was diagnosed with breast cancer.

Our school motto is ‘Enter to learn, go forth to serve.’ Ultimately, we stand for service and supporting others, especially those in our community.”

“She was very close to me, and in honor of her, I started Crossing Out Cancer,” Rai said.

The club raises awareness and hosts fundraisers for the American Cancer Society to contribute to cures and research. They also plan to donate to the Ronald McDonald House charity to help those in need of medical and hygiene supplies.

Though Rai is now enmeshed in school activities, she still remembers being new and lonely. She recalled a school ambassador coming to sit with her to make sure she wasn’t eating lunch alone.

She passed the act forward, becoming an ambassador herself and helping new students and freshmen adjust.

“I can easily relate to them,” Rai said. “I help them out with what our school is [and] what different resources you can access.”

Rai also welcomes visitors, like college representatives, and leads tours around the school.

She believes that being the face of the school as an ambassador means embodying its core values.

“Our school motto is ‘Enter to learn, go forth to serve,’” Rai said. “Ultimately, we stand for service and supporting others, especially those in our community.”